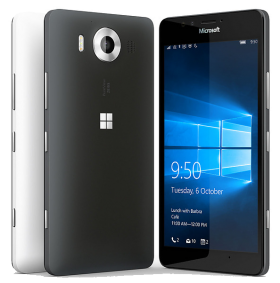 Recently I purchased a Scosche MagicMount for my car to enable hands-free operations. Being able to glance at the phone within my line of site was one objective. The other was to use the phone's speaker because my Jabra Drive's battery is pretty much shot, which of course means total replacement of the unit. I like the Jabra but I don't like paying $60 for what amounts to a new battery.

Using the Jabra, driving mode was semi-automatic. When I turned on the Jabra and it paired, my Lumia 950 with Windows 10 would pop up a message saying something like "It looks like you're driving, would you like to go into Driving Mode?" to which I had to respond.

I realize that it is not easy for the phone to determine whether I am driving. The phone can't know I'm in the car unless it somehow connected to what it knew was a car. It can't decide I'm driving when I move because if that was the only criterion, it might go out of driving mode when I was stopped at a light.

Knowing that the Jabra was on its last legs, I tested the phone to see if it was usable by itself. Could I turn on the speaker and use just the phone instead of pairing to the Jabra? The answer was yes. People could hear me and, in spite of the speaker being on the back of the phone, I could hear them.

So the other day I installed the MagicMount and gave my new hands-free configuration a whirl. It didn't work.

After giving this some thought, I finally realized what Microsoft's developers were thinking about - modern cars with built-in Bluetooth. The developers probably never considered the possibility that Driving Mode with the phone itself would be useful. For me, it's the only way because my car is older.

My general opinion of Windows 10 is that it is dramatically unfinished. It lacks the same attention to detail that was present in Windows 7 and it lacks the plethora of settings that allowed users to finely tune their devices. This criticism applies to the Windows 10 Phone, with the weak Driving Mode just one example. I just don't think Microsoft is thinking these things through the way it used to.

While I'm on the subject of driving, let me give you my impressions of the devices I've mentioned. 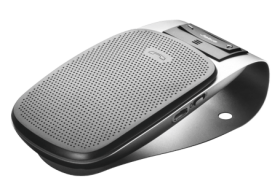 I've had the Jabra Drive for a long time and I like it very much. I can hear callers well. they can hear me but sometimes I have to raise my voice just a bit. Most people I call say they hear me better than they did when I was using my Jabra BT350 (an older, in-ear model). It is extremely easy to use, especially because a call can be answered by pushing anywhere on the upper half of the surface of the speaker.

Because the unit is old and the battery is shot, it must be constantly connected to the power source. That means a dangling cord. It also means my wife doesn't use it at all.

A replacement will cost about $60. The next unit up, the Jabra Tour, costs $80. Its description touts its battery life (20 hours talk). The Drive's description does not mention battery life, an ominous omission.

I have a very long history with Jabra devices and the fact that the Drive is still an active Jabra product speaks volumes about it. Maybe I will buy another one. Or maybe I'll write an app that turns on Driving Mode and the speaker. (Or maybe I should swap out the car's radio for a NAV/AM/FM/Bluetooth gadget and just be done with it.) 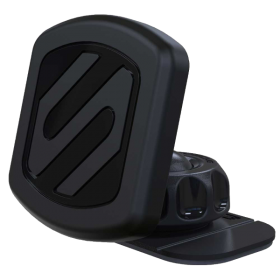 Scosche's MagicMount is a device with a strong magnet in the mount and thin, adhesive, ferrous plates that can be attached to a phone. I bought the MagicMount Original, a kit that came with one full-size plate and one mini-plate.

My wife and I have relatively thin cases, so we slipped the plates in the case without bothering to use the adhesive. Even with the case in the way, the phones snap tightly to the mount. I was worried that the mini-plate would not be enough to hold my phone but I drove over a bad road and the phone didn't budge.

I think this is an excellent mounting system at an attractive price. I bought my kit at Wal-Mart for $22.

I was very happy to find that the Lumia 950 charged better on my old Nokia wireless charging pad than did my Lumia 920. Unfortunately, placing the MagicMount's plate on the back of the phone prevents wireless charging. It wasn't much of a decision - I reverted to my wired charger, which charges the phone much faster anyway.

A total of 43 related articles were found. See them all...