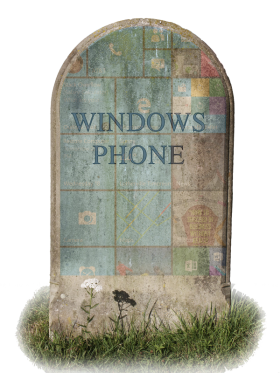 A year after buying my Lumia 950, the final shoe has dropped. A Microsoft executive admitted (mostly) that Windows Mobile would not move forward. Support, yes; anything else, no.

It has been hard to parse Microsoft when it spoke about its own phones (it is less ambiguous about iPhones and Android). But proof abounds. Look no further than Microsoft's own site, where Microsoft commonly had links to all offers from the various wireless companies. No such links are present now. Turning to AT&T and Verizon's sites, no Windows phone is listed. Windows phone is dead.

I'm no friend of Google but there is probably an Android phone in my future. iPhones are too expensive.

A total of 7 related articles were found. See them all...